Battlefield 1 will take you back to the World War 1 setting. You’ll explore a lot of war stories focusing on the unique characters with a variety of skills and backgrounds. The game is acclaimed for its top class visuals and sound effects enabling you to go back to the World War ambience. Battlefield has a single-player campaign, and a multiplayer mode to play it with your friends.

You might have come across a lot of shooting games,but what sets Battlefield 1 a notch higher is its surreal visual clarity. Ruling the battlefield requires you to have an in-depth knowledge of the game’s nuances. It would take ages to have mastery over the vast game like Battlefield 1. However, Battlefield 1 hacks come in handy to have dominance over other gamers without much effort.

Getting your creative hat going while gaming

Gamer’sultimate goal is to have fun and win the game. If you want to move from one location to another, Battlefield 1 gives you the liberty go however it pleases you. Some like taking the joyride while others prefer sprinting. You might miss out on thevisuals and mindboggling sound. 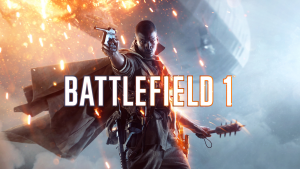 Play smart and don’t always go by the book

You might have to invest a lot in time initially in the game. Patience is the key factor in Battlefield 1; you need to concentrate on single kills than going for a gamble. Make the best use of the stealth whenever you have the opportunity to do so. You need to hide and wait at times; you can’t be the hero all the time! A small flaw is all it takes to lose a well-progressed game.

Playing by the books of the game can get you closer to winning, but it doesn’t work all the time. The armored train in the Arabian section of the game is the most difficult to terminate. The train shoots you with turrets and mortars to put an end to you. If you fire at the train moving at various anti-armor guns according to the game’s instruction, you’ll end up depleting a fraction of its health.

Most people overlook on tagging your enemy, and doing so will paint the enemy with a bright target for your whole team to see. You would be considered an asset to the team. Most people fail to stick with their team and prefer going solo.

Gaming isn’t all about being a notch higher than your fellow gamers. Taking down a vehicle alone with a bunch of dynamites will often end up you losing your life. Communicating with your team can improve your chances of success.

Most people invest a lot of time in learning the dos and don’ts, while some smart gamers go for Battlefield 1 hacks. These cheats enable you to do way more than what you might be able to achieve normally. Some hacks enable you to have added advantages, such as spectator proof, highly accurate bullets, instant kills, auto-switching of the right weapons, and much more.