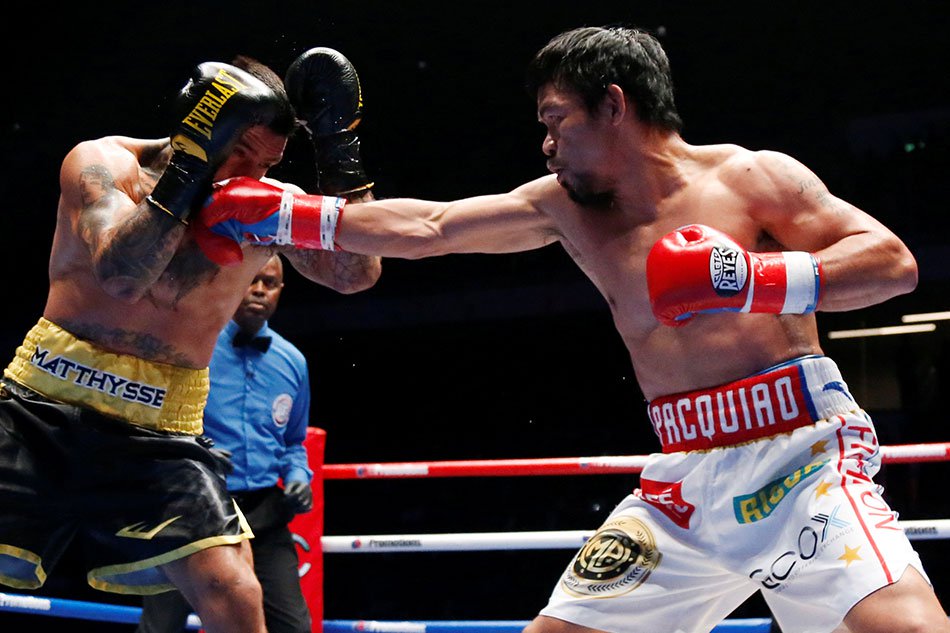 At 40, eight-division world champion and Filipino boxing icon Manny “Pacman” Pacquiao defied the odds in his recent fights, but how long can he continue this kind of dominating performance? On January 19, he will face a younger opponent in Adrian Broner at the MGM Grand in Las Vegas, Nevada to defend his World Boxing Association (WBA) welterweight world title for the first time after winning it last year against Lucas Matthysse in Kuala Lumpur, Malaysia.

To give you more insight into this exciting welterweight division showdown featuring two of its best ring warriors, here is a fearless forecast.

If you base it in their previous fights, Broner had a difficult time winning against Jessie Vargas which Pacquiao easily beat by unanimous decision last 2016 while Broner won it by a majority decision that even exposed some of his flaws which Pacquiao could exploit during the fight. 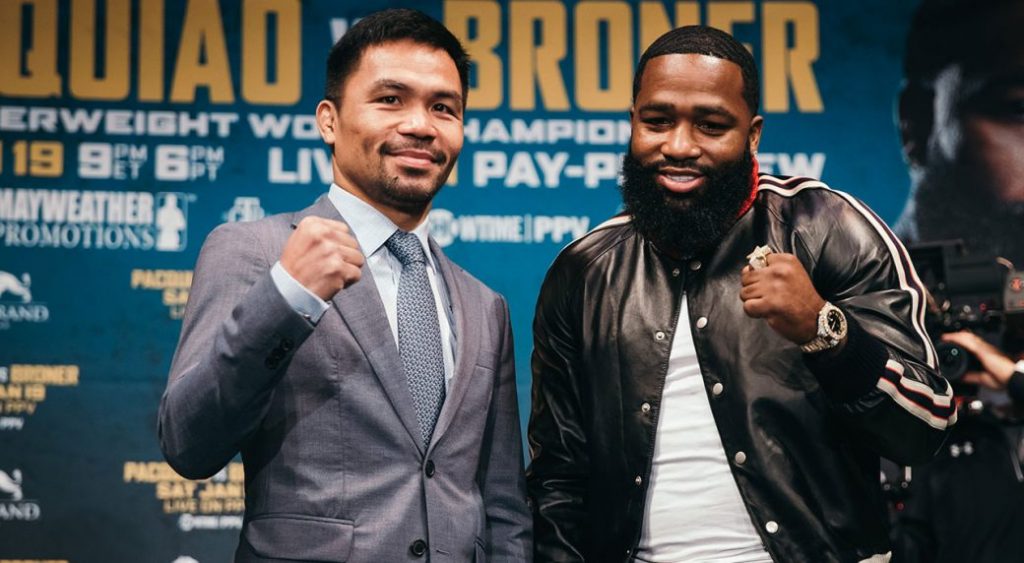 However, everybody is well aware that Broner mimics the style of Floyd Mayweather so it could be a factor knowing that Pacquiao might have difficulties landing clean punches as what has happened when he fought the Mayweather in 2016 which adds more excitement for the January 19 duel.

The fight will be both interesting and exciting in a way that a lot of people will want to witness if Pacquiao can pull off another knockout victory same as what he did to Matthysse last year which turned out to be his first knockout win in 10 years, and also, this is a crucial fight for the 40-year old Filipino senator as only a few boxing greats pulled off big wins against younger opponents at the age of 40.

This will also tell if Pacquiao can beat a defensive fighter like Broner which will add more interest for a lot of boxing fans to talk about a rematch against Mayweather who is a master in a defensive style of boxing.

In terms of experience, Pacquiao holds a record of 60 victories along with seven defeats, two losses, and 39 knockouts after debuting as a professional boxer in 1995 whereas Broner who has 33 wins, three defeats, one draw with 24 knockouts.

Their record alone tells that Pacquiao has more experience than Broner which will be his edge against the latter come fight night. Broner has to level up his offensive arsenal because Pacquiao already proved that he can demolish a defensive boxer before, particularly Joshua Clottey.

On the other hand, Broner cannot handle pressure fight after he got beaten like a pulp when he fought Marcos Maidana in 2013 which means that he is not that effective when facing a pressure fighter like Maidana while Pacquiao proved to himself that he can go toe-to-toe against pressure fighters by beating opponents such as British champion Ricky “The Hitman” Hatton, his rival Erik Morales, and a lot more.

Aside from being a great defensive boxer, Broner’s other advantage against Pacquiao is the fact that he is 11 years younger than the latter, but a lot of boxing experts say that Pacquiao will win by decision come fight night.

There will be a pay-per-view for the upcoming fight, for more information about this click on this link Pacquiao vs Broner Live Stream.